Jane, Elizabeth and Me.

My relationship with Jane Eyre goes back to 1943.  No – I’m not that old. That’s when the black and white film of the book, starring Orson Welles and Joan Fontaine was released. I saw it many years later – and the part that really moved me was the time young Jane spent at the Lowood Institution – and the tragic death of Helen, played by a very young and angelic Elizabeth Taylor.

When my collaborator Alison May and I set out to write our second Bronte-inspired book as Juliet Bell – it had to be Jane Eyre. And I had to write that section of the story.

We moved the book in time and place and The Other Wife is set in Australia in the late 1900s.

I grew up in Australia in the late 1900s and I went to a church boarding school. Let me say right at the beginning that my school was not the school in the book. Our Lady is totally fictional. But it is informed by my years at boarding school in Queensland. My school was a good school. We were well cared for. I received a really good education. The food was good, especially the desserts. Jane’s experiences at Our Lady are not my experiences from school.

But  – that said – there are a few similarities. We were often called into the assembly hall after the evening meal to be lectured on various subjects by the mistresses. Yes, we had a swimming pool and a chapel and the boarding house is based on my memories. There were times I was set to laying the tables in the dining room or cleaning the chapel as detention for – shall we say slight misbehaviour.

There was no Helen in my school life, but I do remain in contact with a few friends from that time.

In many ways, boarding school was good for me. I got a far better education that I might otherwise have had, I learned independence and social skills I wouldn’t have learned in my small town home. Maybe some things about the school didn’t meet today’s standards – but this was quite a few years ago.

Although I now look back at my boarding school, with appreciation, especially for how hard my parents worked to be able to afford it, at the time I wasn’t happy. I missed my home and particularly my adored pony, Dino.

I finally decided I wanted to leave, and I wrote a long letter to my parents explaining my reasons. Those reasons were laid out logically, and in bullet point format. Right up to the last one which said some along the lines of…  “That’s why I want to leave and if you don’t let me leave I will run away and get expelled and how will you explain that to the neighbours.”

Even then I was destined to be a writer – and it seems to me that I was always, one day, going to revisit Lowood. I have of course now read the book more than once, but it was those scenes from that old movie that I saw when I was writing The Other Wife. 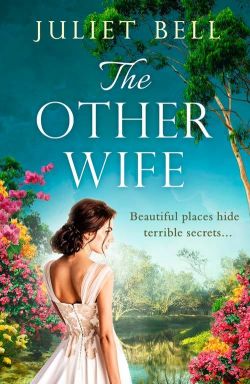 You can buy it here…