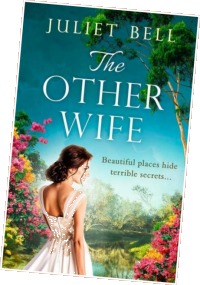 This second book written as Juliet Bell is our tribute to one of the most loved heroines in English literature.

It was a real pleasure to be collaborating again on another Brontë-inspired novel. In this case, we decided to move Jane Eyre into a new place and a new era. We have set the book against the backdrop of the sexual revolution and the beginning of the AIDS crisis. Growing up in this world, our Jane is very different to the original, but we hope we have given her the same spirit that has kept her so close to our hearts for so long.

Reviews for the Other Wife

‘Whether you are a Jane Eyre fan or not, this is a fabulous read that will have you glued from the start.’ – Goodreads 5*

‘A thrilling read –  especially the ending which I really liked but will give no spoilers to.’ – Amazon 5*

Buy as an ebook from these retailers: